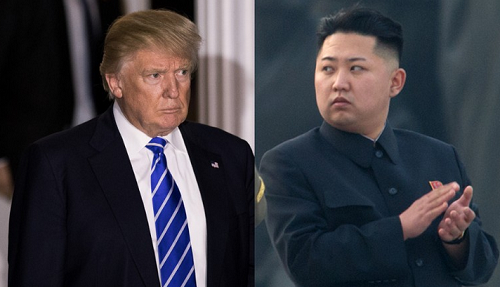 President Donald Trump on Monday vowed to "deal with" North Korea, calling it "a big, big problem" without mentioning the ballistic missile it test-fired over the weekend or any planned American response. The Pentagon was more pointed in its assessment of the problem. A spokesman said technical advancements in North Korea's ballistic missile programs, demonstrated in the latest test-launch from a mobile launcher, pose a "clear, grave threat" to U.S. security.
That assessment reflected concern as well as frustration among U.S. officials, who see North Korea pushing ahead, in defiance of U.N. Security Council resolutions, with development of missiles capable of striking U.S. territory with nuclear weapons.