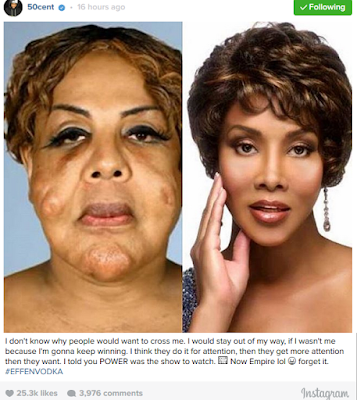 50 Cent is back to trolling actress and ex-girlfriend, Vivica Fox. He compared her to the woman above whose face was disfigured after a quack plastic surgeon injected cement into her face and butt. It is not known what triggered it this time, however it may be connected with her appearance on hit series, Empire. He wrote:
I don't know why people would want to cross me. I would stay out of my way, if I wasn't me because I'm gonna keep winning. I think they do it for attention, then they get more attention then they want. I told you POWER was the show to watch. 🤔 Now Empire lol 😆 forget it. Vivica fired back by sharing a hot new photo. 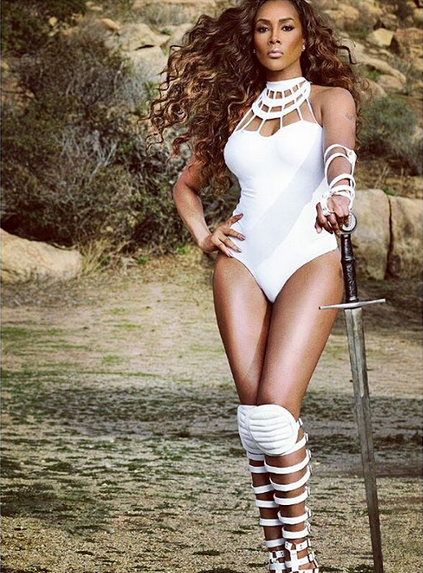 Posted by dubem naija blog at 9:21 am