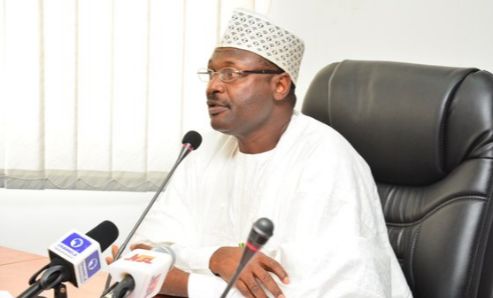 The Independent National Electoral Commission said that it would not postpone the governorship election in Edo State scheduled for this Saturday, for the West African Senior School Certificate Examination scheduled to hold on the same day. INEC National Chairman, Prof. Mahmood Yakubu, disclosed this during a stakeholders’ meeting held in Benin, the state capital.

A total of 1,742 candidates are expected to sit Maths 1 and 2 papers on September 10, a development which sparked a protest by some of the affected candidates and parents on Monday.

There had also been calls for the postponement of the poll to a later date to allow students exercise their rights to vote.

But the national commissioner, who spoke through the REC, Sam Olumekun, said INEC had given adequate notification on the date for the election prior to the date fixed for the examinations.

He explained, “It is important to draw your attention to the fact that INEC gave notice of this election on March 2, 2016. There was no registration for WASSCE candidates as of that time.”

The INEC boss noted that the commission had held a robust discussion with the examination body and security agencies on the issue, where it was agreed that the examination should be moved to Ondo and Delta states, as holding it simultaneously may create security challenges.

Yakubu said, “The issue is, basically, security. So, the security agencies advised WAEC accordingly that giving room for people to move around may pose some challenges because many people will cash in on the situation.

“Permit me to remind you also that there are about 1.9 million registered voters ‎in Edo State, whose interest also should be taken care of. At the end of that meeting, we agreed that the exams be shifted outside Edo State to places that are nearby.”

“Indeed, WAEC had even concluded arrangements to do this. It suggested Ore, Agbor and one other place. Yes, there might be some inconveniences for the students to travel outside Edo State; but, of course, it is not too much pain to bear if you have your state at heart.”

“I do not think we need to suspend an election because WAEC is going to conduct GCE. It is not SSCE but GCE for those who did not do well in the past exams‎,” the INEC chairman added.
Posted by dubem naija blog at 1:33 pm