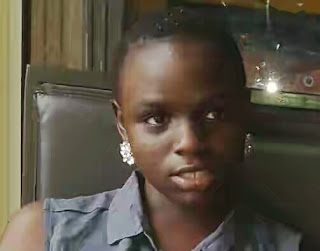 The parents of Ese Oruru, the 14-year-old girl who was abducted and impregnated by one Yunusa Dahiru, who took her to Kano, have alleged that there were plans to steal their granddaughter, by some young men. The development came barely six months after Ese was rescued and reunited with her loved ones.
Her parents raised the alarm in an interview with Sunday Punch on Saturday that there have been persistent threats by some people to take away their teenage daughter’s three-month-old baby girl.

They explained that their fear was based on recent events, one of which included an assault to one of Ese’s siblings.

Ese mother, Rose, said, “Towards the end of July, a man traced us from the court to the Police Officers’ Mess in Yenagoa (Bayelsa State capital). We later overheard him talking in Hausa language to someone on the telephone that he had located the place where Ese and her baby were staying.

“He said that they don’t want the baby to grow up with ‘these people,’ meaning us. My daughter ran to us when she heard that. I later sent my son to buy sachet water and he told us when he returned that he also saw the same man standing outside.

“I later saw this same man walking back and forth outside the officers’ mess, and he was still talking on the phone. His movements were suspicious. Since then, we have been living in fear.”

Ese’s mother added that the same man was with Ese’s alleged abductor, in the court premises during one of the proceedings, wearing a red cap.

She also said one of her children was assaulted recently while on a commercial motorcycle by some unknown persons.

She said, “The men sounded like they were Hausas; they asked her if she was going to the house the ‘government had paid for them.’ I didn’t know how they knew that. Before my daughter could rush into a tricycle, these men forcefully took away some of her belongings and the food she was bringing for Ese and the baby.”

The Orurus said they reported the separate incidents to the Bayelsa State Police Commissioner, who then ordered that the security around the Officer’s Mess be beefed up.

The number of police officers guarding the premises has since reduced, the family said. “This is why I am even more afraid now.” the mother told Punch correspondent.

“With this incident, I am afraid anything can happen, and I don’t want any of my daughters to be kidnapped again,” Ese’s father, Charles, said.

The Police Public Relations Officer, Bayelsa State Command, Asinim Butswat, in a text message sent to Punch correspondent, said the state police command “had not received any report of threat to the family.”
Posted by dubem naija blog at 7:57 am