Pastor in prison for duping 499 women 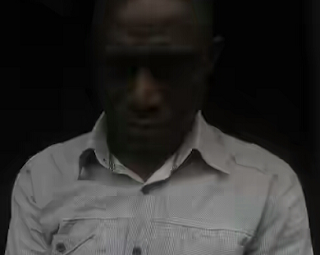 A 46-year old Pastor, Archie Good Morrow has been sent to Kirikiri Prison in Lagos, Southwest Nigeria for allegedly duping 499 women of the sum of N3.59 million. The suspect was alleged to have told the women to pay N70, 000 each into his account and that thereafter he would give them a loan of N150, 000.
After receiving the sum of N3, 592, 800, he bolted with the money and relocated to another location. All efforts by the women to get their money proved abortive as he no longer picked their calls. Luck, however, ran out on him when some of the women got a tip off that he was hiding somewhere around Oke Aro, a suburb of Ogun State. The women traced him to the area where he was eventually arrested by detectives from the Pen Cinema Police Station in Agege, Lagos.

The suspect was arraigned at Court 9, Ogba, under section 312 of the Criminal Code Law of Lagos State. He pleaded not guilty and was granted bail in the sum of N200, 000 with two sureties with evidence of tax payment for three years.

The case has been adjourned to 28 September, 2016 and he was remanded at Kirikiri Prison pending when he would meet the bail conditions.