NUJ condemns alleged arrest of journalists over report on MASSOB 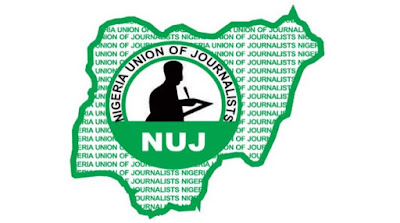 The Nigeria Union of Journalists, NUJ in the South East zone, Friday condemned the unlawful and unwarranted arrest and detention of Journalists by members of the Ebonyi State Police Command.


Recall that the Ebonyi State correspondent of New Telegraph Newspaper, Mr. Uchenna Inya, was unlawfully detained by the Command, following a tip off that he was doing a report on the 17th anniversary of the Movement for the Actualization of the Sovereign State of Biafra, MASSOB, in the state.

The said report was not be published anywhere, yet he was allegedly detained by 4:25pm with his phone and working tools confiscated and later released at 9:35pm even as the state PPRO denied the incident.

Reacting to the incident, the National Vice President, South East zone, Comrade Chris Isiguzo stressed that the arrest and detention of the journalists was alien to the norms and practice of true democracy in the country.

He called on the police not to see Journalists as social competitors but partners in progress in the fight against criminality and other social vices in society.