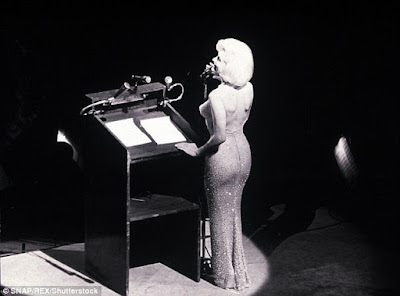 The dress that Marilyn Monroe made history with when she sang Happy Birthday Mr President to John F Kennedy is expected to fetch as much as three million dollars at auction. The late star wore the hand-stitched dress with more than 2,500 crystals on stage at Madison Square Garden, New York, when she sang to the then president.
The actress, who died aged 36 less than three months later, is said to have requested an 'historic' dress from designer Jean Louis.The fit was so tight that she wore nothing underneath and had to be sewn in. 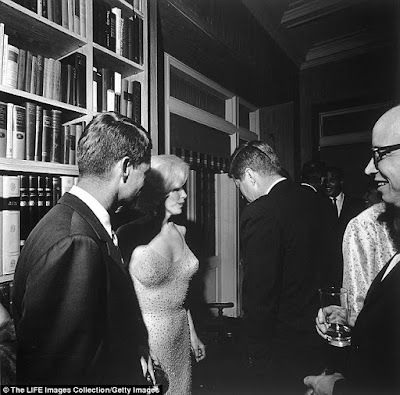 Martin Nolan, Julien's auction house's executive director, said they have had world-wide interest in the dress, which he described as 'the most important item we've ever sold'. 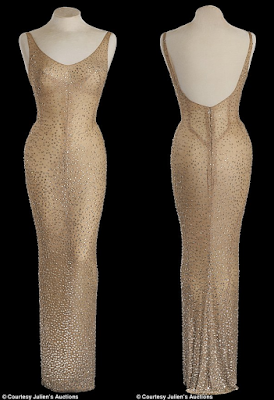 Posted by dubem naija blog at 9:16 am