Economic Experts To Buhari: Pump in cash to save economy 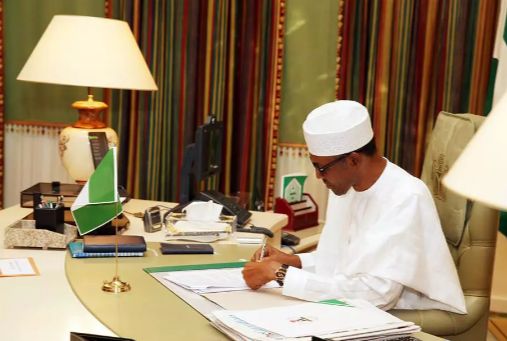 How can the federal government revive the failing economy?
The Presidency should pump money into infrastructure development, which will create more jobs and boost liquidity, economists and private sector players have said. The Nigerian Bureau of Statistics (NBS), in its Second Quarter Report released on Wednesday, said the economy contracted by 2.06 per cent to record its lowest growth rate in three decades.

Finance Minister Mrs Kemi Adeosun said: “It’s the worst time possible for us”. She, however, assured all that things will get better.

But President Muhammadu Buhari said yesterday that
Nigeria will be prosperous again. He spoke in Osogbo the Osun State capital, at the inauguration of a mega school built by the Rauf Aregbesola administration.

A development economist and financial expert, Odilim Enwegbara, who is the Chairman/CEO at Pan Africa Development Corporate Company (PADCC), said the government should leverage on its expansive revenue base and spend its way out of the recession.

He said: ”To help our economy, the government needs to pump trillions of naira into infrastructure projects and trillions of naira into social intervention policies so as to make more money available to the citizens to boost their purchasing power, which will make these cash-strapped citizens start consuming, not imported goods and services, but mostly locally made goods.”

By consuming locally made goods, Enwegbara said, more cash will get into the hands of local people and artisans. This, he said, will kick-start the once excluded grassroots economy.

In his view, President Buhari needs to inject a minimum of N3 trillion annually into the economy.

"Buhari’s social interventionist policies too should, besides making the school feeding programme a priority, monthly stipends of not less than N10,000 (instead of N5,000) should be given to millions of our poor families, widows, elderly, mentally and physically-challenged Nigerians. This should be promoted with the rigour it requires."

DG of Lagos Chamber of Commerce and Industry (LCCI), also called for should stimulus spending.

He said: “Economic empowerment of majority of our citizens by increasing the purchasing power of the economically excluded is the magic wand which increasing their consumer power should increase production and new jobs. In other words, by empowering the marginalised and excluded millions, deep-seated economic malaise will finally be resolved.”
Posted by dubem naija blog at 9:45 am