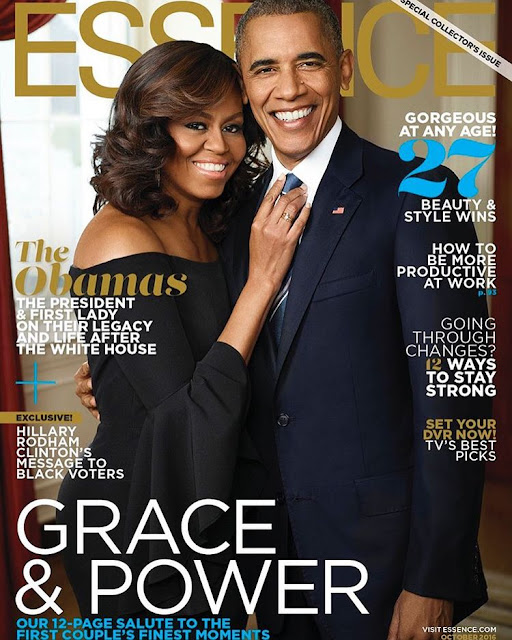 President Barack Obama's time in office is coming to a close, and Essence is honoring the POTUS, as well as First Lady Michelle Obama, by making them the cover stars of their October issue.
In the cover story, which arrives on September 9, the Obamas discuss the importance of their time in the White House and the future of the nation.
"I can unequivocally say that America is better off now than we were when we came into office." President Obama told ESSENCE. "By almost every economic measure, we’re better off,” “But having said that, we still have a lot of work to do.” 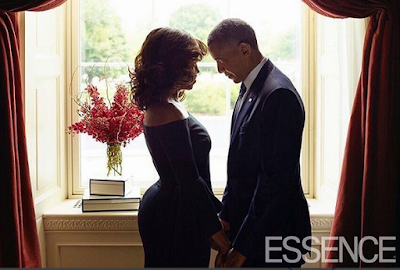 Posted by dubem naija blog at 8:30 am