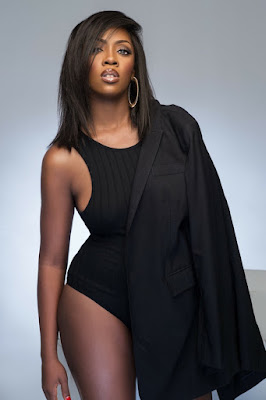 The singer who had her marital exposed all over the media a few months back is rocking a sexy one piece, with a black jacket thrown over one arm, for her exclusive feature in the September issue of Elle Magazine, South Africa. In it the Mavin First Lady talks about her biggest regret saying, My biggest failure was exposing my private life too much.
There will always be speculation but by addressing it you are adding more fuel to the fire. I now choose not to address anything.