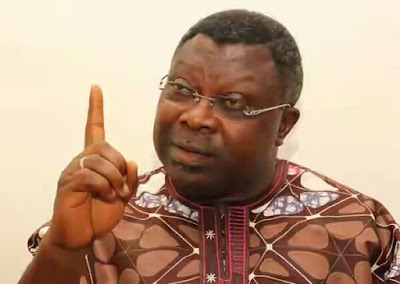 Senator Iyiola Omisore, a former deputy governor of Osun State, has faulted Abdulmumin Jibrin for describing him as the godfather to Speaker of the House of Representatives, Mr Yakubu Dogara, saying Jibrin’s attempt to implicate him in the budget padding scandal is unfortunate. Jibrin, former chairman, Appropriations Committee of the House of Representatives, had alleged that Omisore is the godfather of Dogara in a letter he wrote to APC chairman, Oyegun.

Speaking further, he said “he (Omisore) is not a member of the APC and everybody knows that. As a senior colleague and former member of the Senate, he relates with virtually all politicians in this country. So, for somebody to accuse him (Omisore) of being a godfather to anybody, it is unfair.”
Posted by dubem naija blog at 10:27 am