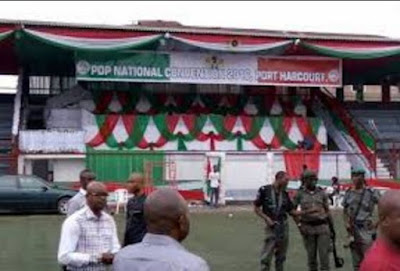 Some persons were determined to rubbish the rule of law but the security agencies have stepped in to make prevent the break down of law and order. The very first High Court judgement on this matter in Lagos made it clear that the initial Port Harcourt convention that produced the Ahmed Makarfi-led caretaker committee was illegal and that Ali Mudo Sheriff remains the chairman of PDP.
The right thing for anyone, especially the PDP governors, who are not happy is to go to Appeal Court to challenge that judgement and set it aside, rather than the childish act of allegedly "procuring" yet another High Court judgement against a court of equal standing. 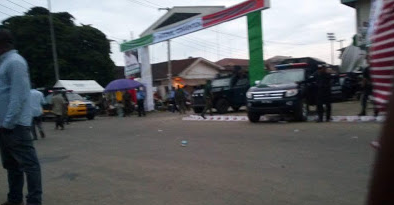 You can't dismiss a High Court judgement with another high court judgemet and Justice Abang in the Abuja division has also made this very clear. PDP governors know the right thing to do, if they want.


olufamous
Posted by dubem naija blog at 9:11 am