PHOTOS: Shocking moment man drags woman across the street by her hair as people watch on 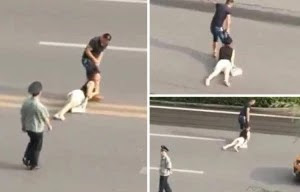 A shocking video of a man dragging a woman across the street by her hair has gone viral, amassing over 80,000 views on social media. The minute-long clip depicts an unnamed woman shrieking as she is pulled over the road on her front, with her handbag dangling by her side. Cars carry on driving as if nothing is happening in front of them.
It is not clear where the video originated from, though people can be seen sporting traditional Asian conical hats, and the woman appears to be crying out in Chinese.

Towards the end of the footage, the man yanking the woman's hair labours to finish crossing the road, eventually releasing her as he reaches the kerb.

It is unclear why the woman did not attempt to get up or defend herself aside from screaming, or indeed why she was being dragged across the street.

Perhaps the strangest element of the disturbing video is the man seen casually sauntering directly behind the pair as they cross the road, without a care in the world. 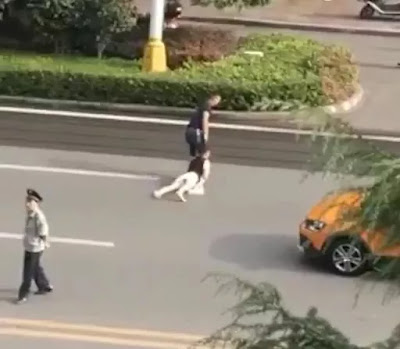 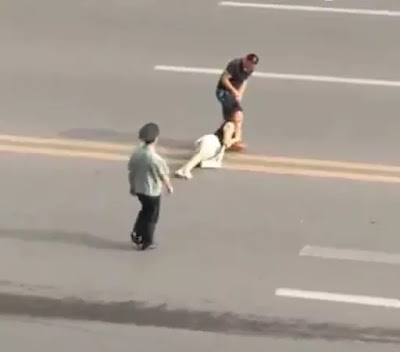