PHOTOS: Bus driver gets a heart attack and dies while driving passengers in China 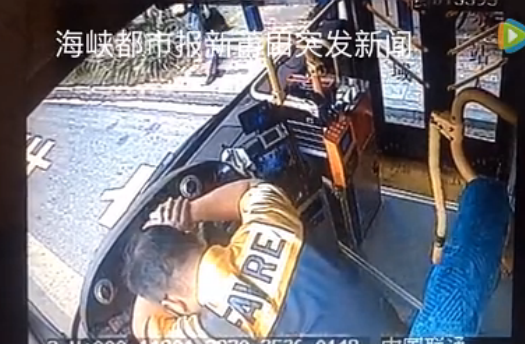 Passengers on a bus in southeast China’s Fujian Province survived a terrifying incident yesterday when their driver, 42 year old Mr Song, collapsed at the wheel in a fatal coma, allowing the bus to plough across the opposite lane. Paramedics arrived at the scene in Putian city and declared the driver dead after failing to revive him. See photos below..

Six quick-thinking passengers on board the bus helped ensure there were no further casualties as they leapt from their seats and tried to bring the vehicle back under control. The cause of Song’s sudden

death remains unknown. He was confirmed physically able to drive during a medical examination in June, according to a local newspaper report. 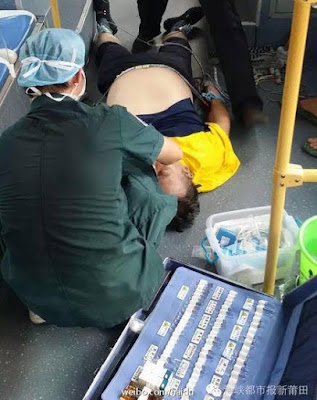 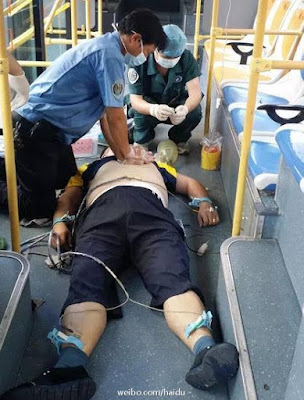 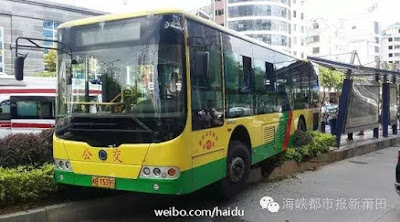