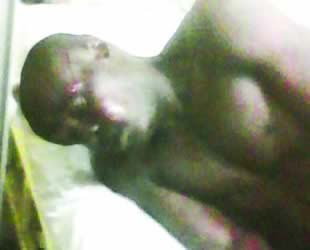 The Lagos State Police Command has launched a manhunt for some members of the Oodua Peoples’ Congress in the Ijora Badia area of the state for allegedly killing a resident, Rasak Muritala. PUNCH Metro learnt that one of the suspects, Dauda Iyanda, was arrested by the Ijora Badia Police Division on Sunday shortly after Muritala died.

Our correspondent gathered that the OPC members, who were allegedly working for a police inspector, identified only as Ibrahim, had stormed Church Street, Ijora Badia, about three weeks ago.

They allegedly beat up residents with charms and, thereafter, cut Muritala, who was a worker at the seaport in Apapa, with machetes, for reporting the inspector’s high-handedness to police authorities.

Our correspondent learnt that Muritala, who hailed from Abeokuta, Ogun State, and a father of one, battled with the injuries sustained from the attack before he died on Sunday.

A resident of Church Street, who identified himself  only as Wasiu, claimed that the OPC members also flogged the victim with a charm.

He said, “There was panic on our street that day, which was July 11. The OPC members came in around 11pm and started shooting. They went to many houses and attacked residents who were against the inspector.

“Muritala was cut with machetes and flogged with a charm. He died today (Sunday) around 12pm. He was working at the seaport before his death.”

Another resident, who spoke on condition of anonymity, said, “Muritala was treated at home after several hospitals rejected him. The attack was a reprisal against the residents who reported the inspector’s high-handedness to the authorities.”

She said, “The victim, who was attacked by some OPC members, died on Sunday. An OPC member from Safejo, Amukoko area, has been arrested, while other suspects are still at large.

“Meanwhile, the victim’s corpse has been deposited at the Mainland Hospital, Yaba, for an autopsy. The suspect will be transferred to the State Criminal Investigation and Intelligence Department, Yaba, for further investigation.”