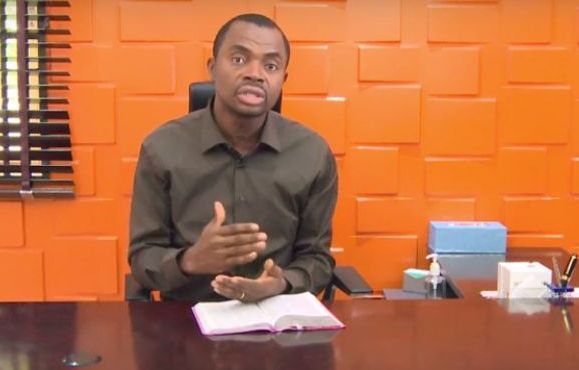 The respected Pastor Chris Ojigbani just sent this piece to OluFamous.Com on the trending issue of marriage in Nigeria and the type of lady a man should or should not marry. He is that popular pastor who usually fills massive venues whenever he's hosting Marriage Seminars in Nigeria or abroad.

Read his position on the Wife and Cooking saga...
Recently, there is this controversy going on in the social media that a man shouldn’t marry a woman who doesn’t know how to cook or a woman who doesn’t pray for an hour. So, I deem it necessary to clarify the issue. As the apostle of marriage, it’s my responsibility to clarify the issue to avoid causing more delayed marriage, separation and divorce in the world.

This is the will of God concerning the issue:

First, a woman who doesn’t know how to cook can actually learn how to cook. Second, a woman can employ the services of a professional cook. Third, a husband can tolerate if his wife doesn’t cook very well. Tolerance is important in marriage because everybody has weaknesses, both husbands and wives. If a woman doesn’t know how to cook, it should be regarded as a weakness and the husband has to tolerate in order to be happy.

Do you know that vain repletion is a sin in Christianity? Jesus Christ said that we should not speak much in prayer. In Matthew 6:7-8, the Bible says that speaking much in prayer is a sin. If you need something, you should ask your Father what you need. Just go straight to the point - the Bible says that He already knows what you need, even before you ask Him. So, if you are not yet married and you are a man, never you use cooking as a criterion for choosing your spouse. It’s very wrong. God will not be happy with you if you do something like that. 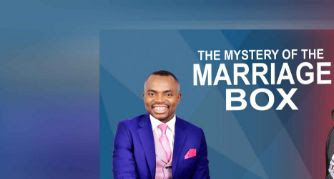 I am speaking to you as the apostle of marriage that God has sent to correct the wrong doctrines of marriage in the world. Get married, not because a woman knows how to cook, but because she is a good woman. If you marry someone that knows how to cook and she is not good, what happens to you? Man shall not live by bread alone.

If you are a married man under the sound of my voice, never you divorce your wife because she doesn’t know how to cook. You can teach her how to cook or you tolerate her. Marriage is tolerance. And as a husband, it’s important you note that it’s your responsibility to nourish your wife, tolerate her, forgive her, and take good care of her. It’s a job you have to do.