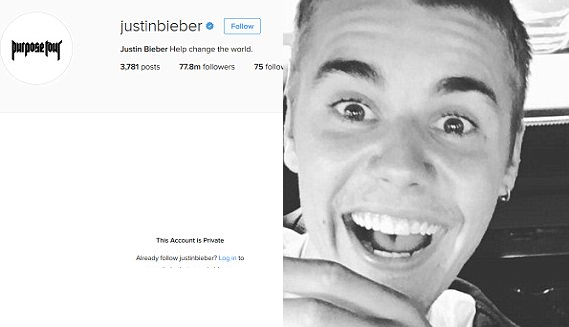 Justin Bieber has been under serious fire after posting photos of his new girlfriend on instagram and eventually threatening to go private when fans trolled her.Things took a turn for the worst when ex-girlfriend,Selena Gomez who is the most followed person on instagram, called him out, telling him to keep his relationship private if he doesn't want fans to talk about it.

They eventually went back and forth with Justin accusing her of using him for attention and she alleging he cheated on her severally. He eventually went private but has now deleted the account completely .
Posted by dubem naija blog at 3:48 pm