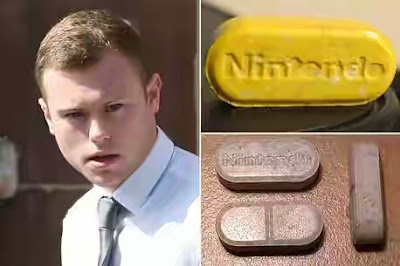 A devastated mum is demanding a footballer be jailed after he slipped a super-strength ecstasy tablet into her 14-year-old daughter’s mouth as they kissed. The mum described the horrific scenes that unfolded after Stefan MacRitchie put her through the harrowing ordeal. MacRitchie, of Iverness, recently signed for Strathspey Thistle. He previously played for Fort William.


She added: “My daughter was throwing herself off the bed, banging her head off it, crawling on the floor.

“It was like something out of the horror movie The Exorcist. She was black and blue.

“We were holding her, trying to keep her safe, but she was hallucinating, thinking things were coming out of the walls to get her.

“I was trying to comfort her but she was lashing out, although every now and then she’d come out of it and say, ‘Mum, mum, help me, help me, stop this, stop this’.

“Her face was so swollen, she looked as if she’d been in a car crash.”

Doctors had to put the girl into an induced coma after Highland League player MacRitchie slipped her the “Nintendo” pill at a New Year party, reports the Daily Record.

Her mum said she was given just a 50-50 chance of survival.

Last week, MacRitchie, 20, admitted supplying the class A drug on January 1, 2014. He will be sentenced later this month.
Posted by dubem naija blog at 10:37 am