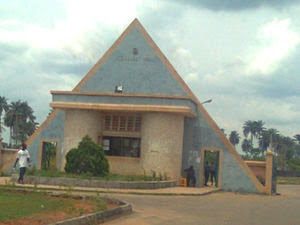 Five lecturers of Delta State University, DELSU, Abraka, have been recommended for sack by a disciplinary committee of the institution set up to investigate various offences, including sexual harassment of female students and financial extortion for marks.

The recommendation of the committee is coming 13 months after the institution dismissed three lecturers for alleged professional misconduct, including a lecturer in the Department of Theatre Arts, who was caught pants down with examination scripts in the room of a 400 level female student in the same department.

Vanguard gathered that one of the lecturers (name withheld) of the Department of Primary/ Nursery Education was caught pants down in a hotel room within Abraka and detained for two days at the Abraka police station while trying to have his way with a female student, who had pretended to have succumbed to his sexual advances but to find out she had reported to the police.

A former Head of Basic Medical Sciences Department and traditional chief (name withheld) was also recommended for dismissal over alleged sexual harassment and collection of various sums of money from his students in a bid to pass them in their exams.

Though management of the institution is yet to issue a statement on the matter, the university’s Public Relations Officer, Mr. Edward Agbure, when contacted said that the fate of the lecturers would be determined by the DELSU Governing Council.
Posted by dubem naija blog at 7:57 am