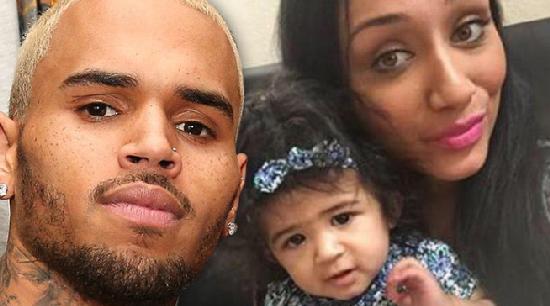 Chris Brown’s court battle with Nia Guzman, has reached a conclusion after his former flame is denied full custody of their child and has been ordered to pay back the singer the attorney fees he gave her. According to TMZ, insiders linked with the 27-year-old star revealed that every request regarding custody of their daughter was struck out by the Californian judge.

The site claims the 33-year-old was reportedly looking for full custody of Royalty as well as having Chris’ visits monitored, deny his mother the right to see the child and to have him submit to drug tests.

Despite her attempts, TMZ say Guzman lost out on all her requests with every single one being denied by the judge. Instead, the judge maintained joint custody for the former couple with Chris continuing to have his daughter for 12 days a month.

Aside from issues regarding Royalty, Nia previously had filed for her legal documents for a change in custody when the judge had ordered him to pay her $20,000 to afford a lawyer for the case.

However, as Nia lost out on all requests, the judge insisted she was no longer entitled to the money and gave the Hip Hop singer a credit.

Posted by dubem naija blog at 8:53 am