Buhari will be one of Nigeria’s best President ever - Presidency 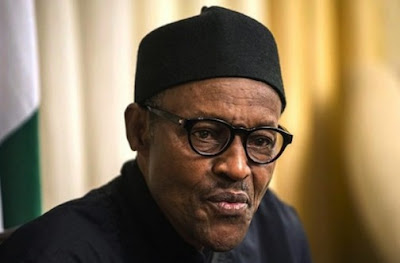 The Senior Special Assistant to President Muhammadu Buhari on Media and Publicity, Garba Shehu, on Sunday said President Buhari will be known as one of Nigeria’s best presidents despite recently witnessing the heaviest public criticism since he assumed office on May 29, 2015. In an opinion article he made available to journalists, Shehu said:

“The currency liberalisation and the deregulation of the petroleum products sale will make President Buhari one of the best presidents till date. “The removal of subsidies on the petrol products has saved the government more than N2tn annual expenditure in this respect.


“President Buhari’s foreign trips have brought many things to the country. He has energised our foreign policy. Beyond the enormous goodwill reaped from “resetting” age-old but damaged relations with neighbours and distant partners and friends, the President has attracted foreign development assistance and direct investments. It is generally accepted that good foreign relations bring foreign direct investment. So much is currently being done one year into the administration. This is in spite of the world economy being sluggish and recession-stricken.”

“I don’t say that media criticism is not reflective of the feeling of the citizens. President Buhari has himself on numerous occasions admitted that the change mantra has brought with it pain and suffering which he likened to the pains of labour. It is a passing phase.

“When they ask the question, is this the change we voted for, the critic forgets how far we have come from the scam-tainted years of the PDP (Peoples Democratic Party) rule. How many people have given a thought to the possibility of Nigeria doing something that the combined strength of Europe and America have failed to do?

“Unfair criticism of the Buhari administration especially on account of escalating prices of foodstuff and the liberalization of the currency exchange needs to be challenged before it overshadows the commendable job the President has done in fighting terrorism as part of overall effort to secure the country, reducing corruption and yes, arresting the economic slide before it sinks the nation.”

“There are many today who take for granted the declared victory over the Boko Haram terrorists, forgetting the reign of the bomber who made it almost impossible for regular attendance in churches and mosques in many of our cities, including the Federal Capital City, Abuja.
“Victory over Boko Haram has brought peace not only to Nigeria but to the countries in the Lake Chad region.
“The world leaders are still at work trying to contain the Islamic State in Syria and Iraq, ISIS, which threat sadly continues to become more potent.
“Everyone living in Nigeria knows that there is a major movement against corruption as part of the ongoing change. This war has forced the return to the treasury of billions of Naira and millions of Dollars stolen by past officials.”