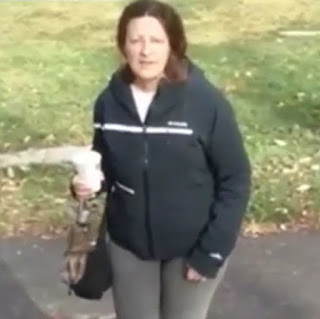 With the recent San Bernardino shooting, a heightened criticism of Muslims has spiked in recent days across the nation. A California woman displayed her disdain towards a group of praying Muslims by hurling insults in their direction and even threw coffee at one of them.

The group of men tried to reason with the woman, who was identified as a state employee. Despite their best efforts, Denise Slader’s verbal attack only intensified when one of the men began recording her, prompting her to say to the men that their god was evil among other insults.
Posted by dubem naija blog at 5:13 pm