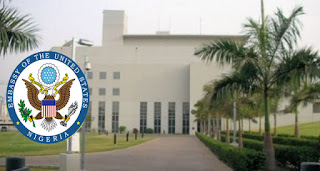 The U.S. Embassy in Nigeria said on Friday it had received information that groups "associated with terrorism" may be planning attacks against hotels in the country that are frequented by Westerners. In a brief message for U.S. citizens, the embassy said it had no further information regarding the timing or method of any planned attacks.
"The U.S. Mission advises all U.S. citizens to be vigilant when at hotels and around areas frequented by expatriates and foreign travelers ... locations where large crowds may gather; and government facilities," the statement said.

Last month, 20 people, including one American, were killed in an attack on a luxury hotel in Bamako, Mali, claimed by two Islamist groups.

Nigeria also has been subject to attacks, including suicide bombings.

A global travel alert issued by the U.S. State Department on Nov. 23 listed Boko Haram, an Islamist organization active in Nigeria, among groups that it said "continue to plan terrorist attacks in multiple regions."

Boko Haram has killed thousands over the last six years in a bid to create a state adhering to strict Sharia or Islamic law.