US author reveals how to be content and Happy; it starts by making your bed every morning 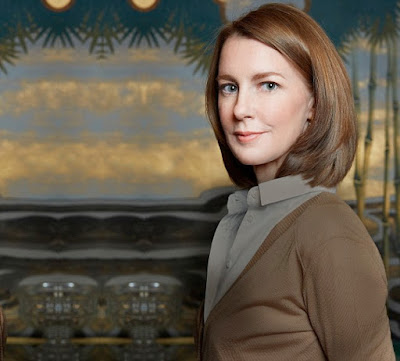 Ask yourself this question: Are you happy? Really happy? Four years ago, Serena Kennedy, from Cheam, Surrey, was not an entirely happy woman. Neither was her friend Beverly Worsley, who was trying to regain her emotional equilibrium after suffering depression.

Meanwhile, accountant Genny Jones, from Kent, was newly divorced, flat broke and living with her two teenage sons. Life seemed bleak for each of these women - then they read a book that was to change their lives for ever.

The Happiness Project by Gretchen Rubin chronicles the American author’s merciless, year-long endeavour to cast off the shackles of gloom and become a better and happier person.

By applying the strictures of scientific thought, economics and positive psychology to her life, Rubin banished despondency and surged onto the sunlit uplands of a more joyful existence.

The former lawyer, who is married with two young daughters, became a better wife, mother, person, friend and all-round human being. She learned to sing in the morning, nourish her spirituality and was candid enough to admit money can buy happiness - if you spend it wisely.

If you were to boil her philosophy down to the basics, achieving lasting Gretchen happiness would come to this: stop eating sugar, tidy your cutlery drawer, cherish novelty, meet deadlines and seize the moment. Above all, her mantra is that outer order leads to inner calm. And she exhorts her readers to begin each day with one simple act: make your bed.

The Happiness Project became an international bestseller, staying at the top of the book charts for two years. It sold millions of copies in more than 30 languages, and readers went on to set up their own happiness groups.

Serena Kennedy, 50, a HR manager, and Beverly Worsley, 55, a charity fundraiser, are two of these readers. They set up their Happiness Group in Esher, Surrey, in 2011. Their group is thriving. They also deliver ‘lunch and learn’ sessions on happiness into the business world.

‘The word happy can have weird connotations. People can be resistant as they initially think it’s a religious thing, but it is a force for good,’ says Beverly.

Culled from Mail Online
Posted by dubem naija blog at 9:32 am