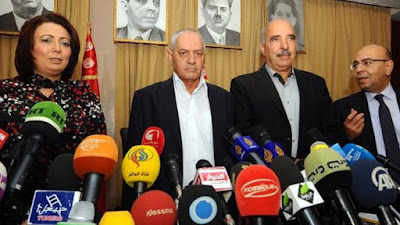 The Nobel Peace Prize will be awarded today to four civil society groups who led Tunisia’s transition to democracy, though the country has now been plunged into a state of emergency as it battles the threat of jihadism.

After a suicide attack on a bus belonging to the president’s security entourage that killed 12 people on November 24, authorities enforced a night-time curfew in Tunis, temporarily closed the Libyan border, and announced a state of emergency, for the second time this year.

These developments illustrate just how fragile the country’s prizewinning democracy process is.
In honouring the National Dialogue Quartet, the Norwegian Nobel Committee wanted to shine the spotlight on Tunisia as a rare success story to emerge from the Arab Spring, the movement of popular uprisings that started in the country.

Formed in 2013 when the process of democratisation was in danger of collapsing because of widespread social unrest, the quartet established an alternative, peaceful political process as Tunisia was on the brink of civil war.

It is made up of the Tunisian General Labour Union (UGTT), the Confederation of Industry, Trade and Handicrafts (UTICA), the Human Rights League and the Order of Lawyers.
Posted by dubem naija blog at 3:58 pm