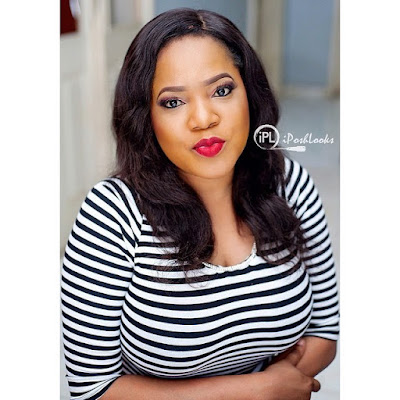 Toyin said she opened the school as a way of giving back to the society having benefited from her fans support all these years. Toyin added that so many people have called her over the years pleading to be just like her, so she thought it wise to set up the school and groom people to be like her and follow their dreams.

See what she said below!

Many people have been calling me that they want to be like me and I feel the only way for them to be like me is to get a good training. So, I decided to set up a school where they can get trained. I have been thinking of how to give back to the society and I realized that this is an avenue to do so.

Toyin who like her colleagues in the industry, Muyiwa Ademola and Femi Adebayo, who both own Film Schools in the ancient city attributed choosing the loation as being a place they were born and brought up. She also gave the fact that properties in Lagos are expensive.

Many people don’t know I’m an Ibadan girl. Though I am a native of Edo state, I was brought up Ibadan. Initially, I was considering setting up the school in Lagos, but the cost of land there is outrageous. ‘Where we are using now is not really ours, we have a big site that we are building and it will be completed next year. We decided to start the school this year because the pressure on us to kick off is very high.
Posted by dubem naija blog at 8:11 pm