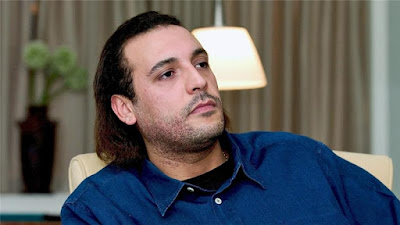 Hannibal Gaddafi, the high-living businessman son of the late Libyan dictator, was freed late Friday, several hours after he was kidnapped in Lebanon by an unknown armed group, security sources told AFP. Lebanese police freed Gaddafi and were set to question him, one source said, without specifying where the businessman had been released.

A second security source said Gaddafi had been "kidnapped by an armed group in the region of Bekaa while he was travelling from Syria, before being released on Friday night in the same region".
Bekaa is an eastern stronghold of Lebanese Shiite movement Hezbollah.
Posted by dubem naija blog at 7:20 am