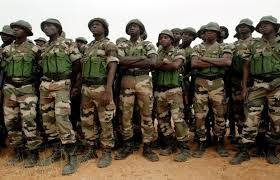 Members of the Shiite Islamic Movement have demanded the release of the bodies of their colleagues that were killed by Soldiers during Saturday and Sunday clash for proper burial in accordance with Islamic rites. The members alleged that heavily armed soldiers were still laying siege at the demolished residence of their leader, Sheikh Ibraheem El Zakzaky and have also prevented them from evacuating the corpses for proper burial.


President of Media Forum of Islamic Movement in Nigeria, Ibrahim Musa, told Channels Television’s correspondent that the soldiers, rather than allowing them to evacuate the dead bodies, were seen loading them inside their trucks to an unknown destination.

He also said that soldiers have formed a road block near the Nuhu Bamali Polytechnic along the Kaduna- Zaria expressway and also along Zaria- Kano highway in search of their members to kill.

He called on the Kaduna State Government and military authorities to withdraw the soldiers from Sheikh El Zakzaky’s residence and to also stop further killing of members of the Islamic Movement.

Meanwhile, business activities were paralyzed on Monday morning as most offices, markets and schools did not open due to fear of further skirmishes.

The Islamic Movement claimed that over 500 of their members were killed by soldiers in Zaria, Kaduna State.

They called on the International Community and Human Rights groups to probe the killings.

The Islamic movement has over a million members, mostly in Kaduna and Kano states.
Posted by dubem naija blog at 4:22 pm