Scores Of Women 'Divorced/Abandoned' For Voting In Tanzanian Elections 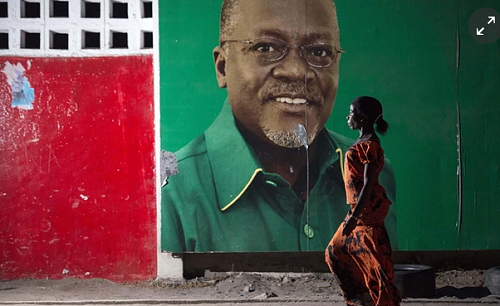 Up to 50 women in Zanzibar have been divorced for taking part in the recent Tanzanian elections against the wishes of their husbands, according to lawyers and women’s rights campaigners.
Mzuri Issa, coordinator of the Tanzania Media Women’s Association (TAMWA) in the semi-autonomous Zanzibar archipelago, said 47 women were divorced for voting contrary to their husband’s orders in a tightly fought ballot that remains undecided.
Issa added some women did not take part in the election for fear of being divorced or for fear of violence, while others complained that they were forced to cast ballots for candidates they did not support.

The divorces were confirmed by the Zanzibar Female Lawyers Association (ZFLA) and the Mwanakerekwe district Kadhi court in Zanzibar.
Posted by dubem naija blog at 3:16 pm