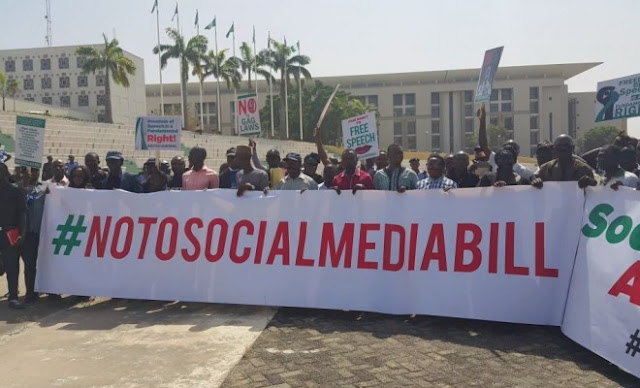 The outcry against the social media bill has reached fever pitch with a protest against the bill today in Abuja. Senator Shehu Sabi received the protesters and assured that the Senate has no plans to stifle free speech. The bill to “prohibit frivolous prohibitions” is seen by many as targeted at social media especially with Senator Dino Melaye publicly pointing fingers at Sahara Reporters.
Posted by dubem naija blog at 3:56 pm