Police uncover baby factories where infants are sold for N2.5m and toddlers N5m in Delta 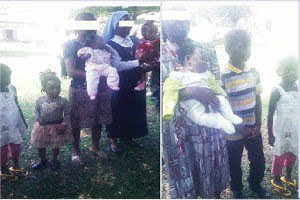 The police in Delta State have uncovered no fewer than 23 illegal orphanages where babies are allegedly sold within the Warri and Asaba environs of the state. The police arrested 21 persons suspected to be behind the illicit business, just as they recovered six babies in the hideout of the suspects.
The Police Public Relations Officer in the state, Mrs. Celestina Kalu, confirmed the development, saying that the police, following a tip-off, have rescued over 40 babies allegedly put up for sale at various illegal orphanage in Asaba, Kwale and Warri.

Kalu said, “Recently, the police uncovered a baby factory behind NTA Asaba and arrested the operators of the factory. The police also arrested other 21 persons (male and female) suspected to be running illegal orphanage homes in Warri metropolis, their hideout was located at the outskirt of Warri towards Udu where the police uncovered an uncompleted buildings where the six babies were discovered.”

She added that the suspects were currently helping the police in the investigation.

Kalu said the suspects, upon interrogation, confessed to the crime, saying they bought babies from relations of mentally challenged persons and took them to the home where they were sold.


Sunday Punch gathered that a six-month baby was put up for sale for N2.5m, while those between the ages of three and four years were sold for N5m.
Posted by dubem naija blog at 12:24 pm