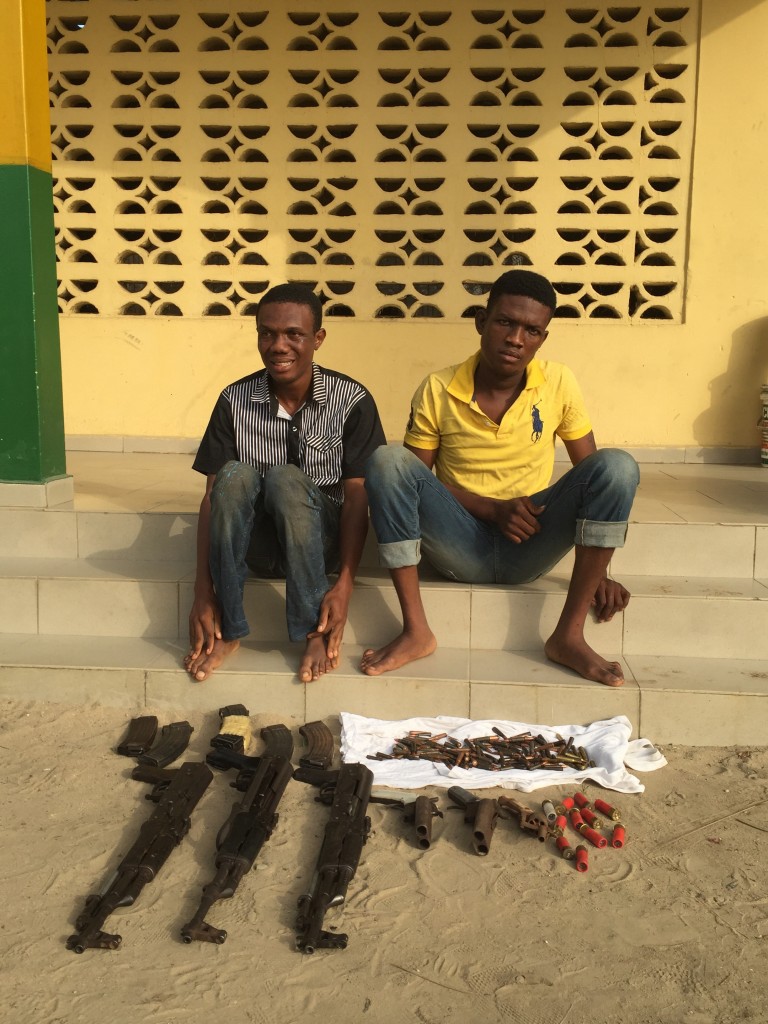 The Rivers State Police Command says it has arrested two notorious armed robbers who confessed to have been involved in series of armed robberies and kidnappings in Port Harcourt and environs. The Police also said the suspected notorious robbers also confessed to the recent gruesome murder of late CSP Clifford Igwegbe, who until his death fortnight ago was the divisional police officer of Rumuokoro Division.


The command in a statement made available to DAILY POST named the arrested suspects as Prince Essien who is thirty years of age, twenty three year-old Hosanna Nse and twenty-seven year old Clever Idaminabor who is believed to be leader of the gang.

One of the robbers, according to the police was fatally wounded in the shootout that ensued when policemen raided their hideout at Location road, Ada George, Port Harcourt.

The command however said it recovered two AK 47 rifles, one assault rifle, one hundred and nineteen rounds of live ammunition and seven magazines.

The command further said it foiled a kidnap attempt on one Ken Livinus at Rukpokwu area of Obio-Akpor “and whisked him away in his Toyota Lexus jeep, teams of policemen quickly responded and pursued the fleeing kidnappers who were heading towards Aluu/Airport road and engaged them.

The confrontation led to the safe rescue of the victim while four unidentified kidnappers were fatally wounded. The victim’s vehicle, a Golf Volkswagen car belonging to the kidnappers, three locally made pistols and twelve cartridges were recovered after the rescue operation.

“The Command appeals to the good people of Rivers State to remain hopeful, confident and trusting in the ability of the Command as we are poised to consolidate the gains of the current onslaught on criminals and their nefarious activities,” statement reads.


Dailypost
Posted by dubem naija blog at 9:26 am