Photo of the Leader of Shi'ite Muslims, El-Zakzaky When He was Captured by Nigerian Troops 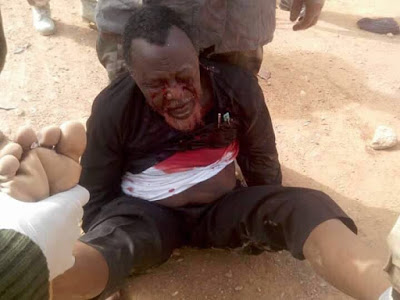 The sect leader was said to have been in hiding since Nigerian soldiers shot at his followers, killing some of them. He was reportedly arrested with injuries all over his body as depicted in the picture above.
Posted by dubem naija blog at 9:10 am