Petition to ban Donald Trump from the UK attracts 150,000 signatures 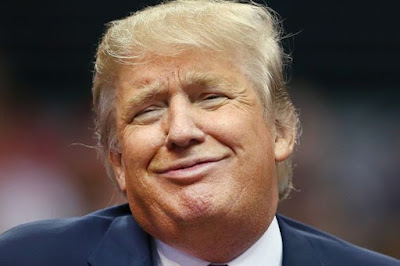 A petition to ban Donald Trump from the UK has attracted more than 150,000 signatures, which could trigger a House of Commons debate. But George Osborne says it would be better to debate with The Donald, rather than banning him from the country. It follows a string of bizarre rants from the reality TV star, presidential candidate and part-time steak salesman.

Yesterday he called for the US to put a halt on Muslims travelling to the country.

When he faced uproar over the comments, and suggestions he should be banned from the UK under 'hate speech' rules, he claimed parts of London are so radicalised that they are "no go areas" for police.

Petitions with 100,000 signatures or more are considered for a non-binding debate in parliament.
Standing in for David Cameron at Prime Minister's Questions, George Osborne declared Trump's views "nonsense."

Asked by Labour's Stephen Timms to condemn Trump's bizarre claim, Osborne expressed surprise. He said the Metropolitan Police have a very good relationship with British Muslims, and do a brilliant job.