NPC To Recruit Over 1m Officials For Proposed 2017 Census – Chairman 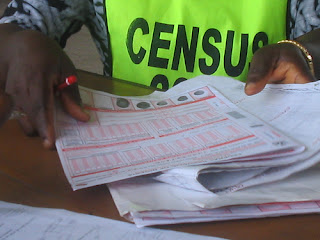 The National Population Commission (NPC), has dropped the hint to recruit over one million ad-hoc staff to enable it cover the country effectively in the proposed 2017 Population Census. Chairman of the Commission, Chief Eze Duruiheoma (SAN), made the disclosure at a Media Luncheon in Abuja yesterday.


He said “to effectively cover the country, a total of 1.1 million enumerators, 505,000 supervisors and 5,050 field coordinators will be recruited and trained for the actual census”.

Represented by the Commissioner representing Enugu, Festus Uzor, the chairman also stated that a strategy and implementation plan for the 2017 population census which outlined the methodology to be adopted, activities to be implemented and timeliness have been developed.

Mr. Duruiheoma said that the commission has been carrying out some of the pre-census activities as well as acquiring some of the vital imageries needed for the proposed biometric census.

“We have acquired High Resolution Imageries, required for the Enumeration Area Demarcation (EAD) for the census.

“We have demarcated and produced Satellite Image Enumeration areas maps for Akoko South-East LGA in Ondo State in December 2014, as a pilot exercise for the EAD project.

The first phase of the EAD covering seven LGAs in each of the six geo political zones and the FCT is currently ongoing and training for the second phase of the EAD is ongoing in 29 LGAs in 29 states among others”, he stated.
Posted by dubem naija blog at 11:08 am