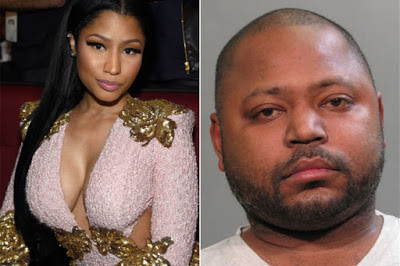 Nicki Minaj is standing by her big brother after he has was charged with raping a 12-year-old. Page Six reports that ​the superstar singer paid the $100,000 bond that sprang Jelani Maraj, 37, from custody in Nassau County on Friday after he was accused and charged of first-degree rape and first-degree sexual conduct against the preteen.

The bond is backed by a two homes in Baldwin that are owned by Minaj - one of which is used by her brother and the other by her mother, Carol.

"She was prepared to do anything for her brother," a source said of Minaj. Nicki's camp has yet to comment publicly on the matter. Back
Posted by dubem naija blog at 10:41 pm