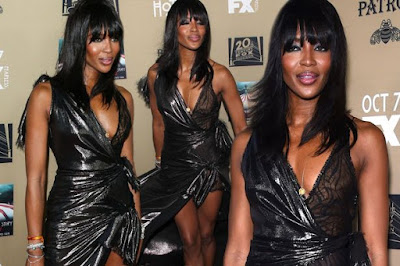 Super Model Naomi Campbell has denied needing a hip replacement. The 45-year-old was reportedly forced to use a walking aide at the premiere of Eddie Redmayne's The Danish Girl in London this week after doctors told her to take it easy. However her rep told Mirror Celebs: "It is a light foot injury which Naomi sustained before her visit to London. She is out and about as usual. There is no scheduled surgery."
Posted by dubem naija blog at 2:22 pm