My Marriage Is Intact, My Husband Didn't Chase Me Out, Actress Uche Cries Out 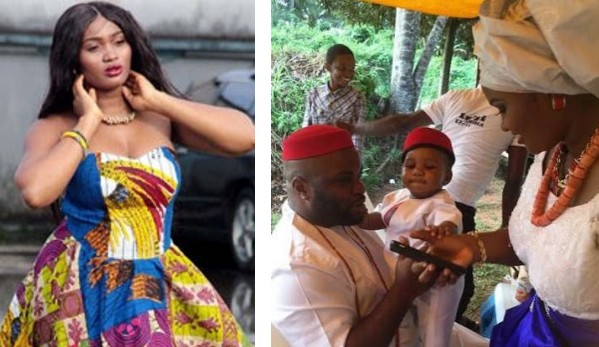 The story trended days back that newly married Nollywood actress Uche Iwuanyanwu Nnannah is having issues in her marriage because of her involvement in a clip not befitting for a married woman and that she even lost her child.But according Uche, the story false as her marriage is intact and her son is alive and doing well. The actress, through her publicist Bola Aduwo, says: "This is nothing but a pack of malicious lies! A figment of someone’s sick imagination. How someone can just sit down and concoct this kind of story is beyond me. Please my marriage is intact, my son is fine and I am not emaciated neither have I ever been involved in any sex tape."

The actress further stated that it was unfortunate that she was not contacted first to confirm such stories by the author before running to the press with it. I hear she's however taking a break from acting.