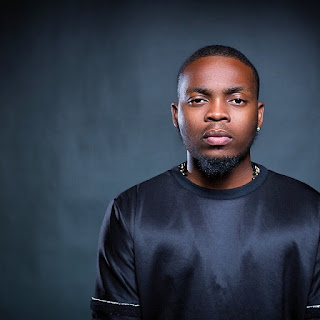 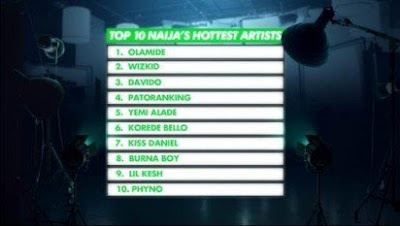 2015 has seen Olamide release several singles that topped the MTV Base Official Naija Top Ten for many weeks, in addition to his successful promotion of protégé, Lil Kesh, and the recent surprise release of his fifth studio album, “Eyan Mayweather” which has been topping charts.

Newly acclaimed MTV Base hottest artiste, Olamide commented on the announcement, “It’s a great feeling to know that my work has made so much impact on Nigerians and I’m humbled by this announcement. Thank you MTV Base.”

On the panel that ranked ten of the hottest artists in Nigeria for the year 2015 were, OAPs Omalicha, Do2dtun and Sade Ladipo. Joining the trio were showbiz entrepreneur Olisa Adibua, entertainment journalist Osagie Alonge, DJ Spinall and VJ Ehiz.

Commenting on the reason behind the selection, Senior Vice President and Managing Director, Viacom International, Alex Okosi stated, “ Nigerian music has evolved from where it was ten years ago and with the aid of the panelists we have chosen, we hope that the Base Naija Hottest Artist 2015’ will spark up the kind of conversations we need among music fans, thought leaders and critics in order to improve on the type of music we put out there and produce some of the best talents globally and not just Africa alone.”

Making a surprise appearance at number 2 on the list was Wizkid who had a big year in 2015 with his single “Ojuelegba” getting remixed by superstar grime artist Skepta and American superstar, Drake. Davido sneaked in at number 3 ahead of Patoranking after a year that saw him tour extensively and release a hit collaboration with Meek Mill.

Yesterday’s number 2 and 3, Korede Bello and Yemi Alade dropped to number 5 and 6 on the final list after being displaced by Patoranking who made the list at number 4 after a year that saw him scoop several hit features and a bumper distribution deal with VP Records. Yesterday’s number 9 Harrysong drops off the final list alongside Cynthia Morgan to be replaced by Lil Kesh and Kiss Daniel. Making up the rest of the list are Burna Boy and Phyno at number 8 and 10 respectively.

“It was a very robust discussion and debate because there are probably 15 or 20 Nigerian artistes who had a decent chance of making it onto the list this year, but there were only 10 slots. I’m happy that MTV Base has created this platform not just because it promotes Nigerian music which obviously is a good thing, but also because it fosters a spirit of healthy competition.

I’m sure that a number of artists who were perhaps a bit unlucky not to make the list this year will work their socks off next year to make it onto the 2016 list, and that is good news for all of us whether we are involved in the music business or we just like good Nigerian music.”