Reports have it that the castaway, Salvador Alvarenga, 36, who survived 15 months at sea by drinking urine and turtle blood has been sued for $1m for ‘eating his colleague’. The man who is being sued by the family of the colleague claimed that Alvarenga, ate crewmate Ezequiel Cordoba, 22, and want £650,000 from him.
Salvador Alvarenga, 36, paid Ezequiel Cordoba, 22, $50 to accompany him on a two-day fishing trip off the coast of Mexico in November 2012.

After a vicious storm pushed the boat out to sea, the pair survived by catching fish and birds, and drinking turtle blood and urine.

The boat landed on the Marshall Islands where he described how he ate birds and fish he managed to catch by hand.

Mr Cordoba eventually died after making Mr Alvarenga promise not to eat his corpse and to find his mother and tell her what happened. Alvarenga kept the rotting corpse on the boat for six days for company, until he realised he had lost his grip on reality and threw it overboard. 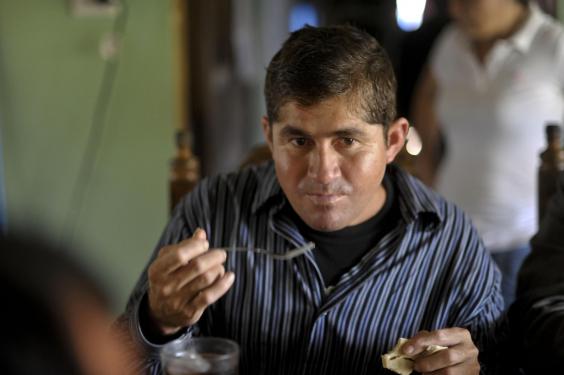 However, Mr Cordoba’s family say they think he was a victim of cannibalism.

According to Metro.co.uk, Mr Alvarenga, who has just published a book about his ordeal, has insisted he did not eat his shipmate.

His lawyer Ricardo Cucalon, told El Salvador’s El Diario de Hoy newspaper: ‘I believe that this demand is part of the pressure from this family to divide the proceeds of royalties.

‘Many believe the book is making my client a rich man, but what he will earn is much less than people think.’