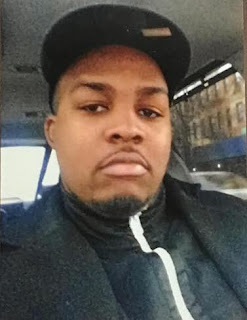 30-year-old Tyrone Lowe on Tuesday, December 8, shot dead his ex-girlfriend infront of their 6-year-old son. According to police, Shoshane Rattigan, 28, was arguing with Lowe inside her apartment on Bogart Ave, near Piece Ave. in Morris Park about 4 a.m. when he fired off one round, striking her in the head.She died at the scene.
Lowe sped away with the gun in a Honda Odyssey and has not been seen until his body was discovered. Lowe allegedly took his own life rather than face justice, cops and sources.

He was found face down Tuesday Dec. 8th in a 2006 Honda Odyssey on Hollers Ave. by Hutchinson Ave., an NYPD spokesman said. Sources said he had a gun in his hand and a bullet wound to his head.