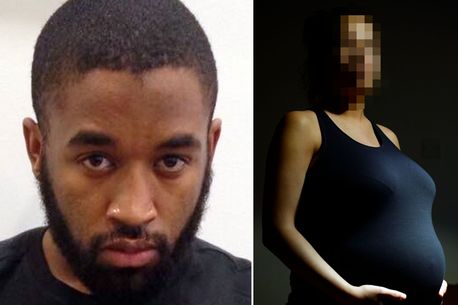 A sick knifeman almost killed a mum-to-be after stabbing her belly when she told him she was pregnant . Cold-blooded Nathaniel Robinson ordered the victim to phone her boyfriend so he could hear her screams. She suffered nine stab injuries and he aimed the kitchen knife at her stomach when she told him she was expecting a baby.
The 25-year-old victim, who would not be named, grappled with the knifeman and almost bled to death at the scene.

She survived along with her unborn child, a baby boy, but said she was haunted by her three-minute
ordeal – and the reason for the motiveless attack.

After bravely revealing a thick scar at the top of her stomach and other wounds, she told the Birmingham Mail


: “My boyfriend could hear my screams on the other end of the line.I pleaded with Robinson to stop. I said: ‘Please don’t do this, I’m pregnant’.
“But then he started to target my stomach. I grabbed the knife, which is why I had hand injuries. He was completely silent throughout."

Robinson struck at the victim’s home in Bournville late on the evening of May 23.Police were alerted by a neighbour who heard her screams.But she was stabbed seven times, suffering nine injuries. 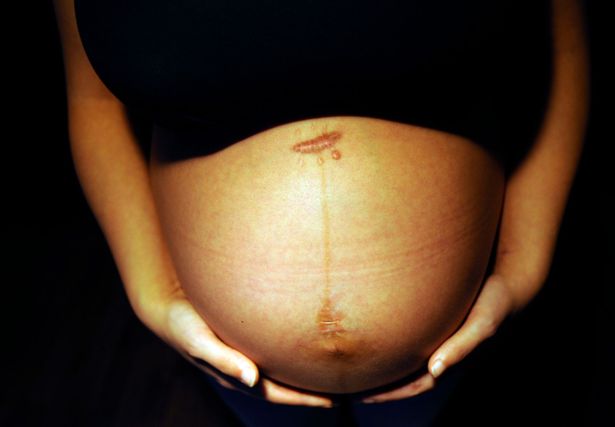 She has since left the address, still fears for her safety and is battling with the physical and psychological scars of the attack.
Recalling her night of horror, the victim said there was no initial indication of the terror that was to come.
She said Robinson turned up at the flat and pulled out a "very large knife" when she asked him to leave.
She said:

“He asked me to sit on the bed, call my boyfriend and put him on loud speaker.
“I did as he asked and tilted the handset towards him so he could talk, but he said nothing.“He lunged across and started to stab me as soon as my partner picked up the phone.“He was only in the house for a total of three minutes – but it felt like an eternity.When he left I started to panic that he would come back to finish me off.I dragged myself across the floor to get to the front door to close it. 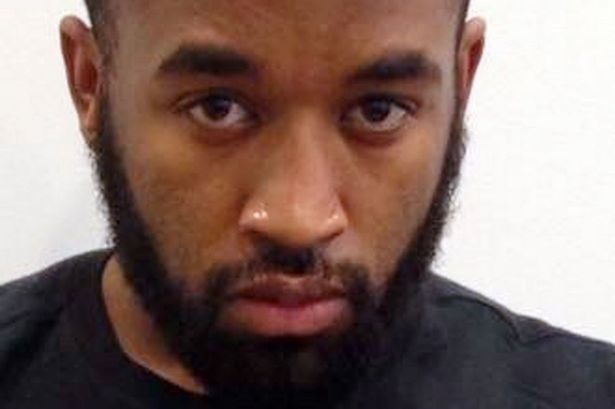 The victim was rushed to Birmingham’s Queen Elizabeth Hospital , where her only thought was for her baby, who is due next month.

“I was awake during surgery because of the anaesthetic and I was terrified I would lose my baby.“I am very lucky we both survived.”


He is due to be sentenced later this week.The victim bravely helped police investigating the brutal crime by tracking Robinson down via social media as she recovered in hospital.She said:


“I really hope he is given a lengthy sentence.I have gone through all the anger, the tears and the heartache and now I want closure.I hate the thought of him serving a short sentence and coming out to threaten me and my baby.I had to leave my old home because of a fear he would send somebody else to finish the job off.
“He may be locked up at the moment, but this has affected all aspects of my life.
“My scars are hyper-sensitive, I struggle to stand and walk for long periods and I have no sensation in my finger at all.

Posted by dubem naija blog at 7:04 am