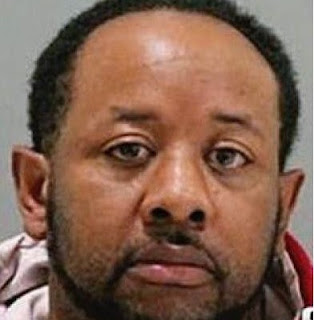 A Nebraska man accused of raping his 13-year-old foster daughter has claimed that he actually got her pregnant using a syringe. Brandon Weathers denied having sex with the teenager and said he helped her become pregnant because it was something she “dreamed of”. The 39-year-old has been charged with two counts of sexual assault of a child and could face 30 years in prison, reported Omaha.com.

“We’re not here for first-degree sexual assault of a child. We’re here for child abuse,” Weathers, who is representing himself in the trial, told the courtroom.

But Brenda Beadle, the chief deputy Douglas County attorney and prosecutor in the case, described his claims as “cockamamie”.

During the hearing, Beadle explained that the alleged victim had a rough childhood before arriving at the Weathers’ home in April 2014.

Weathers and his then-wife, LaQuela Chism Weathers, also fostered the girl’s 10-year-old sister.
The girl, now aged 15, told the court on Tuesday that the abuse occurred while living at the Weathers’ house in Omaha in the two months  she was there, and for four months afterwards. She said Weathers subjected her to oral and vaginal sex “more times than she could count,” Omaha.com reported.

Their relationship was revealed after the girl told her younger sister at summer camp that she wasn’t a virgin anymore and revealed she had sex with “Mr Brandon”.
Posted by dubem naija blog at 10:55 am