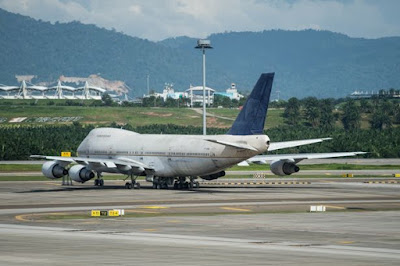 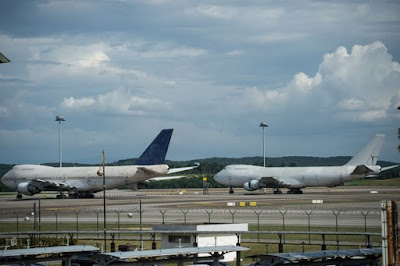 Airport bosses are trying to track down the owners of three Boeing 747s left dumped on tarmac at an airport, with a newspaper ad. The “off white” coloured aircraft and two white planes have stood abandoned for more than a year.

Records show they were once owned by carrier Air Atlanta Icelandic but they were sold by the firm in 2008 before making their way to Kuala Lumpur International Airport in Malaysia where they still stand.

Malaysia Airports which manages the country’s airports has now placed an advert in two local newspapers The Star and Sin Chew Daily, in an attempt to trace the owners.

They warn the jets- two passenger and one a cargo plane - could be destroyed or sold if they are not claimed within 14 days.

Airport chiefs claim they have tried to contact the owners before but with no luck.

Malayasia Airports general manager Zainol Mohd Isa said: “I don’t know why they are not responding. “There could be many reasons. Sometimes it could be because they have no money to continue operations.”
Posted by dubem naija blog at 2:49 pm