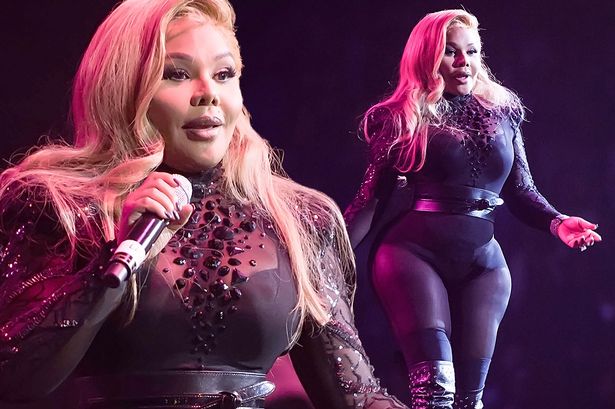 Lil' Kim is rumoured to have had extreme plastic surgery and we almost didn't recognise her as she took to the stage. The rapper was performing at the BOOM Bash 2015 concert presented by Boom 107.9 FM radio station at Liacouras Center at Temple University in Philadelphia and her face seems to change by the day.


She poured her curves into an unflattering black body suit and tights combo with unusual detailing on the top half matched with a huge fur coat. We can't help but think she might have got dressed in the dark. 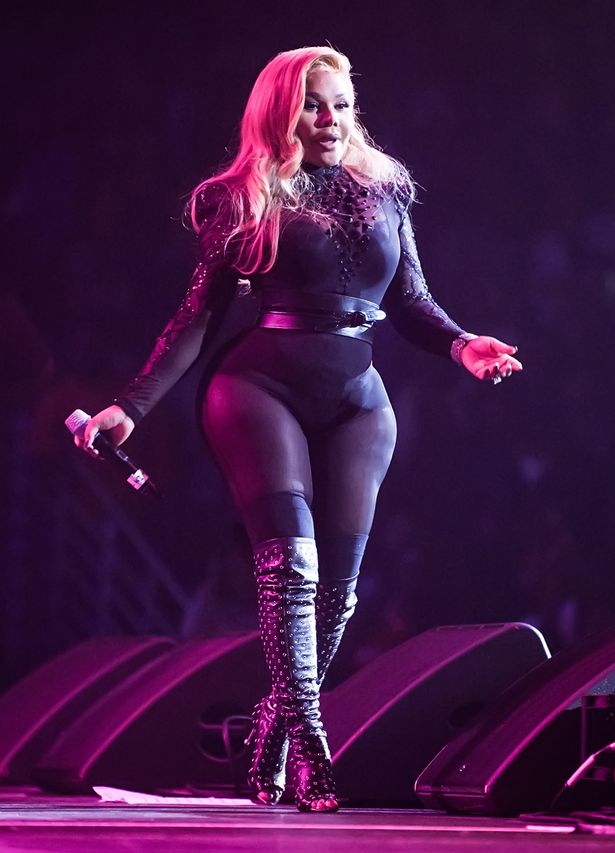 The star chose a pair of open toe black knee-high boots and added plenty of bling to her look with a huge bracelet on her left hand.

Lil' Kim had her blonde hair perfectly styled in waves and wore plenty of slap for the occasion , after previously denying having had plastic surgery to change her face.

In March 2013 she claimed her snaps had been photo-shopped in the past, tweeting during an online rant: "Years & years they have been photoshopping pics of me & sabotaging my image.
Posted by dubem naija blog at 8:25 pm