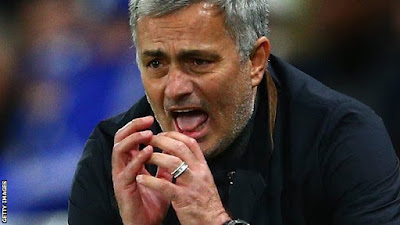 Chelsea have sacked manager Jose Mourinho seven months after he led them to the Premier League title. The 52-year-old Portuguese had been in his second spell at the club, taking charge in June 2013. Chelsea finished eight points clear last season and also won the League Cup, but have endured a terrible start to their defence, losing nine of their 16 league games so far.
Mourinho's final match was Monday's 2-1 defeat at leaders Leicester City. Pep Guardiola, Guus Hiddink, Brendan Rodgers and Juande Ramos have all been touted as possible successors

He leaves with Chelsea just a point off the relegation zone and 20 points behind Leicester.
Posted by dubem naija blog at 5:20 pm