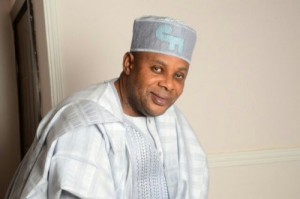 The deputy governorship aspirant to the late Abubakar Audu, Abiodun Faleke showed up at the Federal House of Representatives, on Tuesday, to resume work. When he arrived at the House of Representatives earlier today, he was cheered by his fellow lawmakers, after which he briefly chatted with Speaker, Yakubu Dogara, before heading to take his seat.


After Audu’s death, Faleke had written to the All Progressives Congress and the Independent National Electoral Commission, asking to be declared as governor, after the latter party declare the initial election as inconclusive.

The APC went ahead to nominate Bello as replacement candidate for Audu, while retaining Faleke as a deputy governorship candidate.

This decision did not go down well with the Federal Lawmaker, who said he wasn’t interested in serving in as Bello’s running mate.

He has also vowed not to serve as deputy governor to Yahaya Bello of the All Progressive Congress who won the Kogi supplementary elections of last weekend.

Faleke represents Ikeja constituency at the Green Chamber of the National Assembly.
Posted by dubem naija blog at 10:27 pm