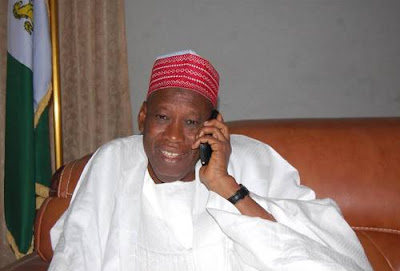 Kano State governor, Dr. Abdullahi Umar Ganduje has urged the Inspector General of Police, Solomon Arase to recruit from the men and women in the state owned Hisbah guards and graduates of the State Institute for Security.

Governor Ganduje made this call during his address to the delegation of the Police led by the IGP Arase, who was in the state on official assessment of the police facilities in the state.
Kano State governor lamented the small number of police personnel that are to protect the lives and properties of over 17 million population of Kano.

Dr. Ganduje told the IGP that with the total population of about 17 million, the current police manpower in the state have to be increased significantly to operate effectively in the state.

He urged the IGP to allow for the recruitment of the state’s indigenes into the police training school in Wudil town, Wudil local government area of Kano State, adding that as the host of the college, the state needs more of its indigenes recruited.

In his remarks, Arase warned policemen to avoid illegal detention, and discharging gun bullet against civilians.
Posted by dubem naija blog at 12:48 pm