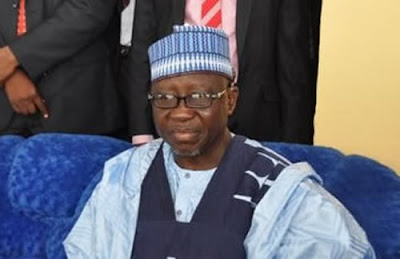 Gov. Umaru Al-Makura of Nasarawa state, on Friday, inaugurated the construction of an international cargo airport worth N17.5 billion in Lafia. The governor laid the foundation stone for the project at Kwandere village, about 10 kilometres from Lafia metropolis.

He said that the conception of the airport was informed by the desire of his administration to create a formidable platform for transportation of both domestic and international passengers.

Al-Makura expressed confidence that the construction firm would complete the project within the 18 months period stipulated in the Memorandum of Understanding (MOU).

He said that when completed, the airport would unbundle the economic potentials of not only Nasarawa state, but the North-Central geo-political zone of the country.

He maintained that the project would open a new vista of economic activities, create employment for the teeming youths and boost the inflow of revenue into the coffers of the state.

“This airport will also serve as spring board for easy evacuation of the abundant agricultural produce and solid mineral resources in the state,” Al-Makura added.

The governor pointed out that aside the attraction of investment, the airport would serve as an alternative terminus to Nnamdi Azikiwe International Airport in Abuja.

“When constructed, the new airport will help assuage the congestion and over-stretched facilities at Nnamdi Azikiwe International Airport in Abuja.’’

He assured the host communities where the airport is sited of adequate compensation on their lands in line with the provisions of the land use Act. He urged them to support the execution of the project for the benefit of all.

Al-Makura also announced that government had concluded plan to construct a bye-pass to link the airport to Abuja.

He explained that the bye-pass would shorten the journey from Lafia to Abuja to one and half hours and provide alternative for commuters plying the Lafia-Akwanga-Keffi-Abuja route.
Earlier, Mr Zheng You, Chairman of Tongyi group, assured the governor and people of the state that the company would deploy its expertise and technology to deliver on the project within the stipulated time.