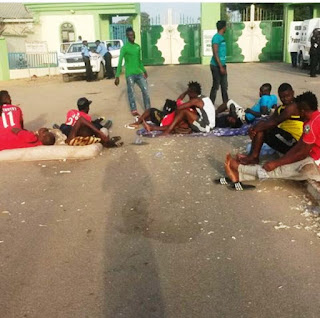 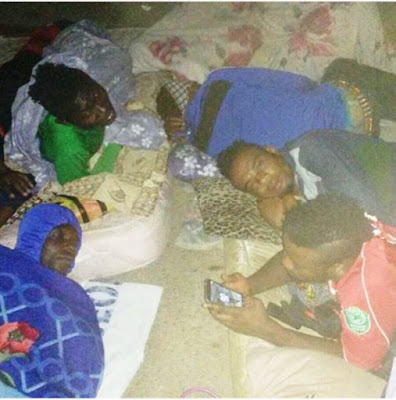 To protest the unfair treatment, the players gathered their mattresses and camped out in front of the Government House in Jalingo, all through the night, with hopes that the Governor will heed to their plea.

“Nothing has happened and the players are very angry. We have made plans to return to there (Government house) on Monday.”

”I heard the Chairman say the deputy Governor asked them to prepare a memo for 4 months payment but the Chief of Staff protested insisting only 2 months will be paid. At that point the Chairman stormed out of the office.”
Posted by dubem naija blog at 9:40 pm